“We must concede, that Hegel was misslead by Goethe in his interpretation of the empirical physics in the theory of colour.” (S.338) and: “There [in Hegels part of the system: Physics] he [Hegel] made the perverse and hopeless trial to verify that in view of its empirical content, Goethe`s physics is in advance to Newtons.”

Why is it perverse or hopeless to try to verify Goethes theory ?

In fact: the empirical facts tell us: Goethe is right !

For example Goethe writes about the basic phenomenon of genesis of colours through a prism, that Newton`s “whole raisonnement was based on a wrong performedexperiment which does not match to reality.”

Since Newton it is accepted that a prism splits a beam of white light into separate colours which were refracted specifically.

And they become white light again, if unified.

In opposite to Newton, Goethe shows that through a prism the borders of brightness and darkness superimpose each other and that is the reason of the genesis of the colours.

At first we have to notice that there is a similar area in both results (line B).

And the thiner is the incoming light the more expanded is this area.

With a very thin beam of light - which is used in most experiments - the difference will not be obvious.

But if a wide ray is used, the difference is evident (line A and C).

“The phenomenon is not the same everywhere behind the prism. It shows always new relations, depending on the distance of the screen on which the colours display. If you see this point, the mistake of Newton`s whole theory is clear. The teacher and the successors performed their most important experiment totaly wrong.”

We have reconstructed the experiment and verified Goethe`s version.

Green for example did not appear directly behind the prism, as it should happen, if it has a specific grade of refraction.

It became remarkable only in some distance - obviously as a mixture of yellow and blue.

Fllowing photos are showing the same: 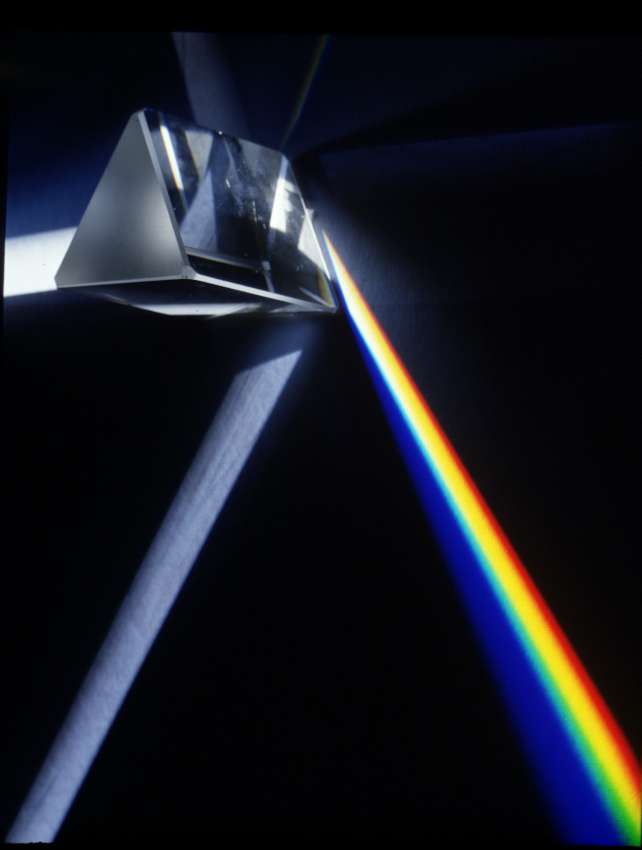 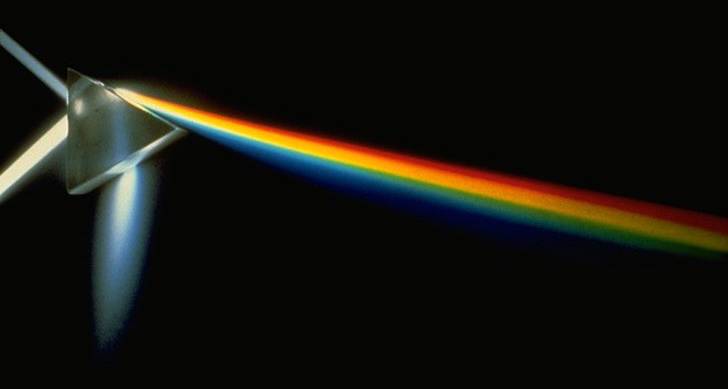 In fact this is an empirical proof for Goethe`s theory of colour!

Our question is: Does the modern science of nature ignore this fact or do we miss any objections ?