(The article below is reproduced at hegel.net with the kind permission of its author, Stephen Cowley. It first appeared 01/2013 on the hegel.net Hegel mailing list and was published 03/2013 as article with the pictures below on his blog ‘Hegelian News & Reviews’) 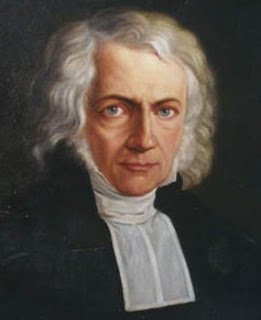 This post discusses Hegel's relations with the Berlin theologian Friedrich Schleiermacher (1768-1834, above), author of Speeches on Religion to its Cultured Despisers (1799). This is based on the information in Karl Rosenkranz's Hegels Leben (1844), the first full length biography of Hegel.

Hegel extended the attack against the principle of subjectivity in politics (see previous blog entry) found in the Philosophy of Right (1821) to religion when he wrote a Preface to Hermann Friedrich Wilhelm Hinrichs' Religion in its inward Relation to Science (Heidelberg, 1822). As we have seen, Hinrichs (1794-1861) had been a student of Hegel at Heidelberg. Hegel's Preface is reproduced in SW18. There is an English translation in Hegel: Miscellaneous Writings (Ed. Stewart. Evanston: Northwestern UP, 2002) and a longer edition by Gegensatz Press.

Here Hegel wrote with a contained anger drawn from the previous political dispute against those who made feeling a criterion in religion. Still less could science (i.e. theology) be grounded in feeling. Reflection had dissolved knowledge into finite faculties and the sense of wholeness and unity had thus found refuge in the realm of feeling. This immediate form is then mistaken for the content of the subject.

If the immediacy of feeling is an initial starting point, well and good; but if it is held to be a criterion of principles, then it contains the seeds of error, for feeling can be corrupted, warped deranged. The arbitrary, subjective and capricious is allowed to take on the airs of what is necessary.

Schleiermacher drew philosophical ideas from Jacobi as well as German Idealism and Romanticism. His The Christian Faith appeared in 1821-22. Hegel cited Schiller's lines to express his disapproval of the priority of feeling over doctrinal content in it:

For a long time you can pay with promises,
But in the end you have to put your hand in your pocket.

For Schleiermacher, theology was a reflection on pious sentiments.

are simply used by him to interpret or confirm the original feeling that is his subject-matter. He tends to cite them in footnotes in this way.

His followers and defenders missed this central point, not of his preaching, but of his theology. Yet, notes Rosenkranz, the rejection of the outwardly historical was something he shared with Hegel.

It has never been a Protestant dogma that expression of pious feeling be taken as a principle. It was a pure chance that in Schleiermacher's case his piety repaired much of the damage inherent in the principle. He uses an idea of coherence which relates to psychological analysis; whilst Christ for him becomes an ideal. He describes a dualism of sin and grace, good and evil, that is overcome in Christ. His conclusions on immortality, resurrection and the last judgement were slender and owed something to the Enlightenment. The Trinity was little more for him than a unity of formulation, an aggregate. As a result, his defenders found it difficult to project orthodoxy in interpreting his views.

"A Feeling of absolute Dependence"

Schleiermacher equates faith with a feeling of absolute dependence. It is apparent from all this that the divergence of Hegel and Schleiermacher was not personal, but a consequence of their different approaches. Schleiermacher used thought to expand his feelings; whilst for Hegel, "thought is the principle of all science" and therefore also of theology. Rosenkranz summarises:

"What in this latter surpasses, or at least is worthy of surpassing, the general knowledge of religion that belongs to everyone possessed of general culture, is what this science has in common with philosophy." (528)

Schleiermacher's defenders accused Hegel of saying that religion could not exist in the form of feeling; but this he did not say. Rather it was the exclusive emphasis on this form that he objected to. Rosenkranz says:

"What is intensity in feeling must deploy itself in objectivity, in determinate representation of faith, in a sufficient body of religious practices, in worship, in science, all things fundamentally impossible if one had to stay with feeling as the exclusively true form of religion." (528)

Hegel expressed the heart of the matter in a striking way and this created a scandal. Feeling belonged to our animal nature only; hence if a feeling of absolute dependence were the mark of Christianity:

"The dog would be the best Christian." 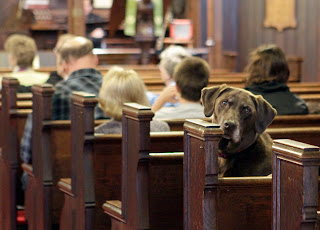 [Warming to the theme, he pointed out that the dog experiences a kind of deliverance when its hunger is pacified with a bone. Hegel was not forgiven for this sarcasm. The remark is in the Preface to Hinrichs. A Privat-docent, Keyserlingk, wrote and taught against it. He wrote Philosophy or Religion[ (1824).

This includes an accusation of Pantheism against Hegel